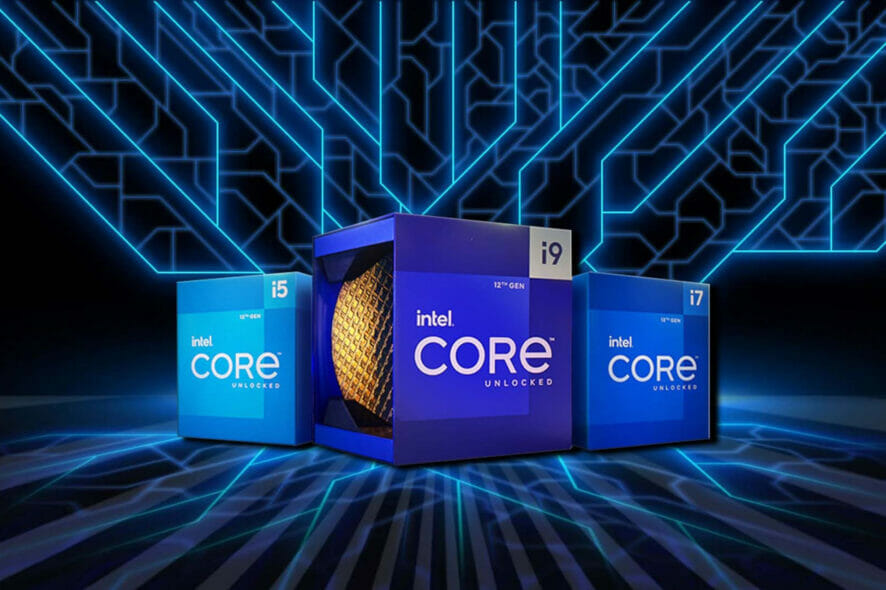 Since I returned back home in Italy, aside for dealing with the crazy Covid situation, I had some time off to read some documents and deepen some concepts that were in my personal list since some time ago…

Indeed, multiple side projects have accumulated during the writing of the new Windows Internals book (like learning Rust, Spanish, and so on…). The book is now available, so I finally ended up having some free time (after three long years). One of the interesting project that I had was to deepen the new CPU technologies present in the new Alder Lake processors (which, kindly enough, Intel provided me a sample).

It seems that Intel had published a long and detailed paper describing all the new instructions and features of the Alder Lake and Sapphire Rapids processors. The document is available here: https://www.intel.com/content/www/us/en/develop/download/intel-architecture-instruction-set-extensions-programming-reference.html. So in the endless flight from Seattle to Italy I was able to read it entirely 😁.

Let’s start by saying that a lot of new features have been brought by the new architecture (which, in my tests, is super fast), like the Advanced Matrix Extensions (AMX), Process Address space identifiers (PASIDs), Architectural Last Branch Records (LBRs), Enhanced Hardware Feedback Interface and so on… I will skip a lot of them (readers should refer to the above document for gathering all the needed information), but I want to describe two features that in my opinion are really cool and useful: “Virtualization Technology Redirect Protection”, also known in the field as HLAT, and “User Interrupts”.

After the introduction of the Shadow Stack in the 11th generation CPUs (Tiger Lake), there was still just a weak point that needed enhanced hardware protection, the possibility of an attacker to be able to remap one or more protected memory pages, simply by writing in the kernel page tables. The system has no way to prevent an exploiter to write in the page tables, and even Hyperguard (as described in the good article that Yarden recently publishes) is not totally able to non-deterministically protect against this kind of remapping (I will leave the details to her, I am not allowed to talk about PG/HG).

Furthermore, protecting the page tables through the EPT in the Hypervisor is not possible either, simply because the CPU always write to those pages (when performing the page table walking). In case the EPTs describing the guest page tables is mapped with read-only access, every CPU access would cause a VMEXIT. This simply mean that the performances would have been catastrophic (VMEXIT is a slow operation)….

So, here is where the VT-rp technology comes to rescue 👌😯🍕….

The leaf EPT pages can now have the Paging Write (PW) bit (58) set to 1 to allow the processor page walker to write the A/D (Accessed / Dirty) bits even though the physical page is mapped without Write permission (in the EPT).

Note that the PW bit can be used to enforce that a GVA is forced to be bound to a specific GPA, but can’t do anything to prevent the same GPA to be remapped by another guest linear address. So, another bit in the leaf EPTs have been designed: when the Verify Paging-Write (VP, to not be confused with PW) bit (57) is set to 1, the processor page walker verifies that all the physical page tables used for translating the GVA have all the PW bit set to 1 in the EPT.

An HLAT table is identical to the standard 4 (or 5) level paging structure used in VMX non-root mode to translate virtual addresses to physical addresses, except for a little differences. There is a new “Restart” bit (#11) that allow the page walker to stop the walk and restart from the regular (CR3-rooted) ordinary paging structure managed by the guest OS.

Note that the entire HLAT table is physically mapped through the EPT in the Normal kernel with read-only privileges, but with the PW bit set to 1. In that way the CPU is able to update the A/D bits of its entries, but no software entity would be ever able to modify its content. Only the Secure Kernel will be able to modify its content, because the HV usually uses another EPT to physically map the HLAT in the Secure Kernel. In this case the EPT will have full RW access rights.

In the new configuration, when the “Enable HLAT” VM execution control is set to 1, the processor translates a guest virtual address in a different way: in case it is instructed to do so by some new Protected Linear Range (PLR) registers (which stores the number of most significant bits that should be set to 1 in the address for being translated by HLAT), the CPU start the GVA to GPA translation using the HLAT (and not the CR3 register).

The HLAT manages the final translation. It can contain all the page table hierarchy needed to return the final guest physical address (in that case no regular page tables are ever consulted) *or* it can happen that a entry in any hierarchy can set the “Restart” bit to 1. This obliges the processor to restart the translation from the regular guest paging table structure, addressed by the CR3 register in the guest.

This allow a fine-grained protection of the VA translation, and will prevent the possibility of attackers to remap the VA to another physical address (a feature very useful for KDP for example, as explained in my previous article). Note that the EPT still controls the physical translation: a discussed, an attacker can not even remap the GPA to another VA thanks to the VP bit applied into the EPT, because the page walker in that case will verify that the GVA is translated only by HLAT entries (which have PW bit set to 1), preventing any other possible remapping.

I know that is confusing at the first glance, so here is an amazing picture taken from the Intel manual and enhanced by my amazing Excel drawing skills™:

Curious readers would ask if Windows already implements HLAT. The answer is “we are working on it”… How? Of course I can not say a lot but, if you are a Windows Internals enthusiast, we are trying to replace the NTEs in the Secure Kernel with a new format that the hardware (HLAT table) will understand…

This will definitively raise the bar of the overall system security. So as usual, Stay tuned! 😲

Another cool feature of Alder Lake in my opinion is certainly User Interrupts. As the feature’s name explicitly says, it is the capacity of the CPU to deliver a interrupt to user-mode software executed in CPL 3, without any change to the segmentation state.

User-mode interrupts are enabled only if a new bit in the CR4 register, the UINTR bit (25), is set to 1. There are 64 possible different user-interrupts vectors, which are mapped by a single bit in a new UIRR (User-Interrupt Request Register, which is actionable thanks to the IA32_UINTR_RR MSR – 0x985). In Intel nomenclature, the UIRRV is the position of the most significant bit in the UIRR, which means that is the current User-Interrupt Vector.

It should be clear to the reader that each bit in the UIRR corresponds to a User-Interrupt vector (which is a very different concept in respect to regular interrupt vectors) There are multiple way in which a CPU or software can deliver a user-interrupt, which happens only when the CPU is executing user-mode code:


As the reader can see, the architecture is a little complex. Luckily enough, the Intel manual explains all the little details. When a user-interrupt fires, a particular ISR routine in the target process address space is executed, with the stack ad-hoc prepared by the machine (as for regular interrupt). The User ISR will be executed by the machine with the User Interrupt Flag (UIF) clear (set to 0). This flag, which is not mapped in any MSR (but strangely enough is saved or restored by XSAVE / XRSTOR), can be set or clear by user-mode software using the new STUI and CLUI instructions. Furthermore, when the user-interrupt ISR returns via the new UIRET instruction, the machine automatically set the UIF back to 1 (no User interrupts are delivered when UIF is 0).

This has the important implication that User Interrupts, similar to the ordinary ones, follow some nesting rules (a little different from regular interrupt though, where the IF is set / clear depending on the type of the gate descriptor in the IDT). This is definitively something that the application developer should keep in mind.

Potential usage in Windows or Other OSs

One thing that I still have not fully understood is the usage model that Intel had in mind when developing the User Interrupts feature. As careful readers may have noticed, the underlying OS should heavily implement support for User Interrupts to make them work, especially in the scheduler, which should at least save / restore all the involved MSRs when switching between threads of different processes (they may have different supports for user-interrupts). Not counting the fact that the OS kernel should provide facilities to manage user-interrupts vectors per process.

As Windows Internals enthusiasts (who have read my book 😁) know, Windows already support a software technology which achieves more or less the same: Asynchronous Procedure Call (APC). APCs can be dispatched while the target thread is already executing Kernel mode code (via an APC interrupt, which dispatches a Special Kernel-mode APC), or while the target thread has been pre-empted (via a Normal kernel-mode APC). More important, the OS supports also User APCs (Special and Normal), which are dispatched before the OS is returning to User mode and fully executed in CPL 3 (malware analysts know this a lot… right? XD).

So, to me it is not fully clear the scenario by which User Interrupts can be useful here. Maybe just in highly contended and high priority threads, where the round-trip to kernel mode can be very expensive (remember, User Interrupt dispatching is executed entirely by the machine, which means that when thread A want to send a User IPI to thread B, it should not go to Kernel mode, unless thread B is not being executed of course). Furthemore, user Interrupts are fully compatible with Virtualization, so I think that in this scenario they can be useful (maybe it would be a good idea to empower User APCs???).

Again, if a reader knows more please let me know 😊….

It is very nice to see a lot of new features coming in this new generation of Intel processors, which will help a lot also in maintaining a new level of Security. I am not an exploiter, but I am wondering how with CET + HLAT an attacker will be able to exploit the system (probably with Data-driven attacks, but if you know more please send me a private message). We will see how other CPU manufacturers will respond with their own technologies. Furthermore, I have also no idea how and when Linux-based OS would be able to use the new technologies….

That is all for now folks!

Now it is time for me to return to Seattle 😁….